BELZEBUBS buckle up for the road

Continental Concerts & Management GmbH are proud to announce the european-wide representation of BELZEBUBS, the stygian prophets of melodic blackened death metal. The mysterious occultists have been booked for the biggest European metal festivals in 2020 with more gigs already under negotiation.

“It’s gotten off to a terrific start,” says the band’s bassist/vocalist Hubbath. “Grey Beard Concerts & Management is handling Finland, Continental the rest of Europe and Artist Group International is booking USA, Canada and Mexico, so we believe we’re in the best of hands! We can hardly wait to bring our surreal show on the road.”

BELZEBUBS released their long-awaited Century Media debut “Pantheon of the Nightside Gods” last April. Mixed & mastered by industry legend Dan Swanö, the critically acclaimed album was immediately hailed as a “beautifully crafted masterpiece of blackened metal” and “one of the most tantalizing and satisfying albums of its kind”. The Finnish fourtet is now set to deliver an unforeseen live show that’ll be on par with the critically acclaimed album. The band has previously released two music videos and a lyric video, which can be found here:

“Pantheon of the Nightside Gods” is available on all streaming and download platforms as well as in the following formats: Ltd. CD Mediabook coming with a lush 24 page illustrated booklet, Ltd. Gatefold LP+CD & LP-Booklet and Digital Album. https://belzebubs.lnk.to/PantheonOfTheNightsideGods

“Although we weren’t aware we wanted it,

“Move over Dethklok, there’s a new virtual band in town.” 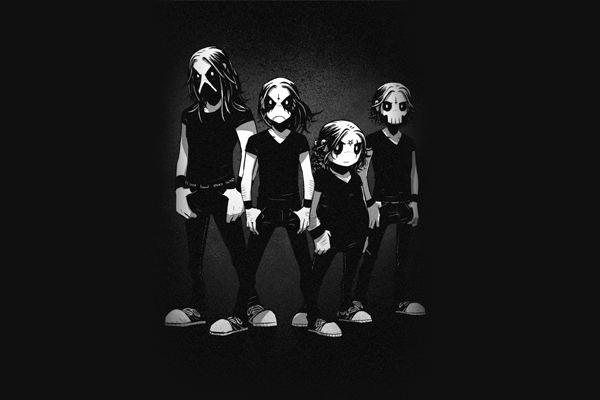