Ensiferum is pleased to announce their record release show ‘Studio Live’, to take place on July 10 at 9:00 PM EET,
8:00 PM CET, 7:00 PM GMT, Noon EST and 9:00 AM PST!
The band will be performing a selection of new, classic and rare tracks 'live' from Sonic Pump Studio in Helsinki, Fin-
land that will be streamed at www.Keikalla.fi
.
The band will also be chatting with fans in between the live performance and after the show! For those not able to catch the show when it airs, the performance will be available online for 7 days immediately following the end of the show.
Tickets are available now for purchase atwww.keikalla.fi

The band’s latest effort, ‘Thalassic’, will be released on July 10, via Metal Blade Records and is available for pre-order
now at http://www.metalblade.com/ensiferum

Quote Ensiferum/Sami:
”Hi folks! We can’t come to your home town to rock with you, but we really want to show you the new line-up in action! We know it’s a far cry from the normal headbanging/sweaty gig, with our crazy fans going nuts in a moshpit
and singing along so loud that it hurts our ears on stage, but we are very excited to try something new by streaming this live thing for you. It will be like Ensiferum is playing in your living room! We will prepare a well-balanced setlist with new, old and rare songs, with some breaks in between songs to answer to some of
your questions, which you can send in advance. After the set, the whole band will grab some cold drinks to cool down and join the chat with you all!
See you all soon (at least online, for now)” 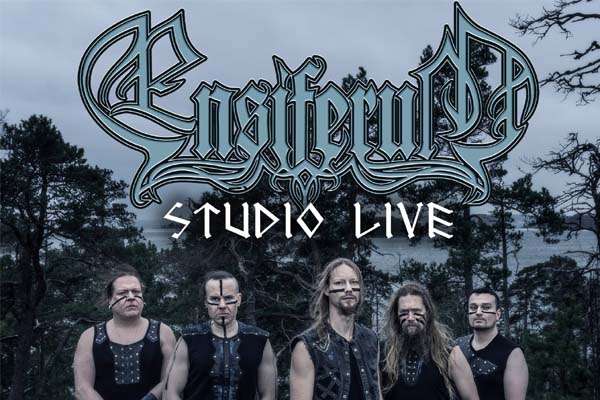