Real headbangers and Heavy Metal fans will certainly remember the legendary metal show "MTV Headbanger's Ball". Everything that had rank, name and hair was really gathered here.
And this great 80's brand is now entering its fourth round live on stage.
Continental Concerts and WE – Live Agency are sending a „heavy“ band package on tour.

The "Triple Thrash Treat" was particularly popular on the show at the time, where three harder combos were featured in a row. This tour version with Vio-Lence, Whiplash and Artillery is already set for a triple thrash treat. Xentrix from Great Britain will even turn this year's MTV Headbanger's Ball into a quadruple thrash treat.

Xentrix, who released their first album "Shattered Existence" in 1989, are new to the line-up. The well-known "Ghostbusters" MLP and the successful "For Whose Advantage" album followed. They went on tour with Annihilator and Despair. Kin followed in 1992 and toured with Tankard. After that the band broke up and with a few brief interludes the band reunited in 2013 playing Bloodstock UK and a few shows with Overkill and Kreator. Since then the band has restructured and in 2019 they released the comeback album "Bury the Pain". Wasting no time, the follow up to this has been written, recorded and is Mastered, ready for release later this year though Listenable Records.

We are looking forward to the MTV Headbanger's Ball Tour 2022! 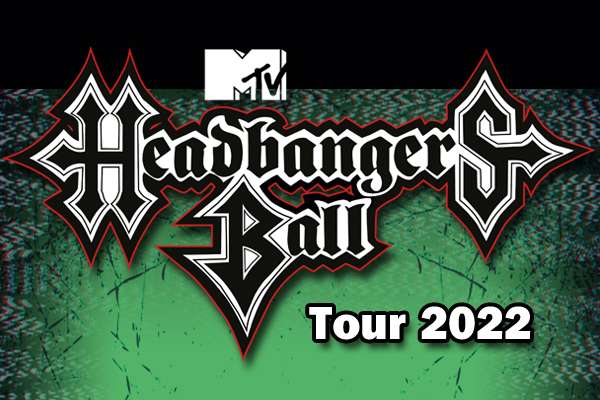