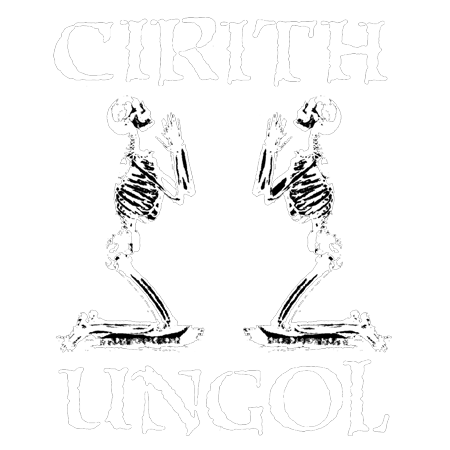 Formed in California in 1972 and taking their name from Tolkien’s ‘Lord Of The Rings’, obscure avant-garde Metallers Cirith (pronounced Cee-rath) Ungol are a band for whom the word cult was practically invented. I remember being given some advice many moons ago by the staff of London’s legendary record emporium Shades that, if heeded, might tragically have left this band overlooked. The tip-off concerned the first of Brian Slagel’s ‘Metal Massacre’ compilation series and the assertion that Metallica were the only thing on there worth hearing. How fortuitous, then, that I chose to ignore their advice completely. For nestling within its coarsely hewn groove was nothing less than Ungol’s ‘Death Of The Sun’ - the soundtrack to hell itself! But just what in the world, I hear you cry, does Hell sound like? Well, try early Rush meets early Celtic Frost for starters. Favouring complex, some would say cumbersome arrangements, their music is oblique, challenging and at times a truly agonising howl. Bizarre and otherworldly, their short three-album career forms a triangle in terms of creativity as well as in number. Their ’81 debut is a delightfully off the wall affair in which the band lurch from dungeon dirge to Seventies monster Rock-out with nary a flicker. Once slated as ‘the worst Heavy Metal album of all time’ it laid the ground rules for their brand of Fantasy Metal which quickly came to fruition. ‘King Of The Dead’ (’84) really is the ultimate Cirith Ungol album, a masterpiece of originality which virtually defies description. Hear the very Earth crack beneath your feet; feel the frozen claws of the Northwinds tear at your skin as Pterodactyls soar against a crimson sun. In other words - prepare to shit yourself. Come their ‘One Foot In Hell’ swansong they were already making the fatal error of paying too much attention to what was going on around them musically, which in ’86 was Metallica, Slayer and Anthrax. What in Hades could these bands, though each outstanding in their own way, teach Cirith Ungol? From Middle Earth to the middle way in the course of one album and yet still the stuff of nightmares.‘Chaos Descends’ in particular was a distinct nod to earlier works and the title track features one of their most leaden, crushing riffs ever. If you like Fantasy and Metal and like bands that like Fantasy and Metal, exhume these relics now and let chaos descend!